A stately home set in the heart of the Cotentin.

A stately home set in the heart of the Cotentin amidst hundred year old trees and rolling pastures but just 3 hours from Paris. The main tourist attractions of the peninsula are nearby as well as the famous Landing Beaches of the second World War. This Norman manor house has been in the same family for more than a hundred years and was built between the 15th and 16th centuries on the site of the ruins of a monastery, destroyed by Edward the Third’s troups in 1346. Each bedroom in this charming house portrays a different period-medieval, Louis 15th and 19th century Normandy.

Tranquility in an unusual place 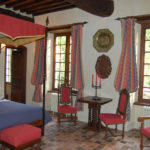 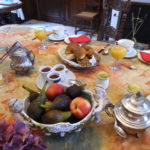